‘Winter is here’ is probably one of the top quotes for Game of Thrones fans. The new season is yet to come; however, last weekend Colorado became a paradise for ‘white walkers’ and the famous ‘King of the Night’. Why? Because a new MLS record was set due to extreme conditions during a soccer match: Portland Timbers and Colorado Rapids played at 18 degrees Fahrenheit.

There were no dragons nor killing armies but it was a fantastic show. Andre Shinyashiki, a BRAZILIAN (!) playing at this conditions, scored a last minute goal for an incredible final (3-3). Jon Snow and his Night Watch would have a blast, for sure.

Are we allowed to call Colorado people crazy?! For ‘normal’ people this would have been a nightmare going to the Dick’s Sporting Goods Park. However, more than 12.000 people showed up at the stadium and became part of history. Of course, 6 out 13 snow games have been played at Colorado for a reason. Last record was in Minnesota (2017), where Atlanta United defeat the new franchise (1-6) at 18 degrees Fahrenheit.

The referee, who became viral after being photograph with ‘snow makeup’ all over his head and face, stopped the game many times to shovel off the lines.

MLS played the coldest match in history this weekend as Colorado Rapids took on Portland Timbers in temperatures of -8°C. ❄

Even after Axel Sjöberg was sent off in the first half, Rapids came from behind twice and tied the game in the last play of the game. After sharing a point, Rapids and Timbers can now certified that definitely WINTER IS HERE.

In case you haven’t seen the new trailer or have no idea of GOT, here is the video

The trailer is here. #GameofThrones pic.twitter.com/L48jOwsUzn 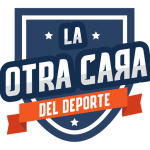